At 76 years of age, and having spent 55 years of those entertaining people across the globe, Sir Paul McCartney is not ready to retire and retreat from the limelight just yet.

I’m always trying to be optimistic”

In an interview with BBC 6 Music News in June 2018 (promoting his first new album for over four years), McCartney quoted another long-term musician, Willie Nelson, when asked about whether or not he would hang up his guitar anytime soon.

He said about a conversation with Nelson, that “I was talking about this whole retiring thing, because he’s older than I am, even. And he says, ‘Retire from what?’ And I think that just says it. Retire from what?”

Being one of the world’s biggest musical artists, for such a long time, it’s probably no wonder that McCartney isn’t retiring just yet. He has the financial resources to do what he wants, when he wants, and has been quoted as saying that he doesn’t consider being a touring musician a job, because he enjoys it so much. Plus, of course, there is all those millions of fans who still snap up tickets to his shows in a heartbeat.

Yet with other legends in the music industry, such as Elton John, saying goodbye to world tours in recent times, should McCartney be joining their ranks? According to comments he made in an interview with Eyewitness News, he did think about calling it a day back in 2007 when he turned 65. Hitting the common retirement age made him consider making the change.

If McCartney looked at the kinds of shows many younger musicians put on these days, there may have been other reasons for him to think about leaving the world of music. Many singers add a huge theatrical component to their performances, we know – just consider the acrobatics of Pink or the regular dance numbers of JLo.

McCartney certainly isn’t going to be following in their footsteps! Some people also think that the rock and roll star can’t hit the same notes as he used to, and that some of his later music, ex

The Beatles era, hasn’t reached the dizzy heights of musical perfection that came before.

However, if you ask any of the long-term McCartney fans around the world if the great artist should retire, most people would likely say they wouldn’t care if he just sat on a chair to sing a whole concert. It’s his distinctive voice, personality, musical genius, and amazing repertoire of songs, has made him a household name, and which continues to be a drawcard.

Many people also love his shows because they get the chance to indulge in some nostalgia. They can remember where they were and what they were doing when some of the massive Beatles hits were released – or when the group came to town and caused an almost hysterical level of excitement in devoted crowds.

As for McCartney, with a brand new album to promote with an optimistic spirit, it seems unlikely that we’ll see him disappear from the public eye and performing anytime soon. The musical stalwart noted in his Eyewitness News interview that he tries to stay upbeat in his life.

“I’m always trying to be optimistic”, he said. He thinks most people worry too much about things that “probably won’t happen”, and that , “there’s an expression somebody said to me once. ‘I’m an old man with many worries, most of which never happen,’ and I think that can be very true.”

If we’re to follow his advice then we should stop worrying about Sir Paul McCartney’s retirement – for at least the foreseeable future. 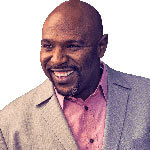 might have been the most unlikely person to wind up working as a financial speaker. Why? Years ago, Chris was an All-American college football player who pushed future NFL players all over the field—far removed from the world of helping others find
Financial Peace.

For Chris, the path from football to where he is today was a long, but meaningful, journey. While he was a vice president of a well-respected company, helping clients manage all phases of their businesses, he realized how so many families, marriages and children were being affected by money issues. He felt powerless as he sat behind his desk and watched his clients throw away their financial futures. Chris knew things needed to change. 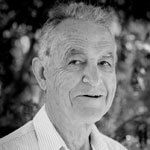 Paul McKeon is the founder of the website www.mylifechange.com.au and the publisher of 3 books about lifestyle issues affecting people in their 50s, 60s and 70s. The books are titled – “The Rest of Your Life”, “Relationships in our 50s – 60s and beyond” and “How to stay Healthy, Active and Sharp in Retirement”.

All the books can be purchased on his web site. He had a career in marketing, tourism, sports promotion and publishing in Australia, the UK and S.E. Asia. His books and website stress that a successful retirement is about more than good money management and people need to consider the important lifestyle issues if they are going to find lasting happiness.